Students produce their own short film 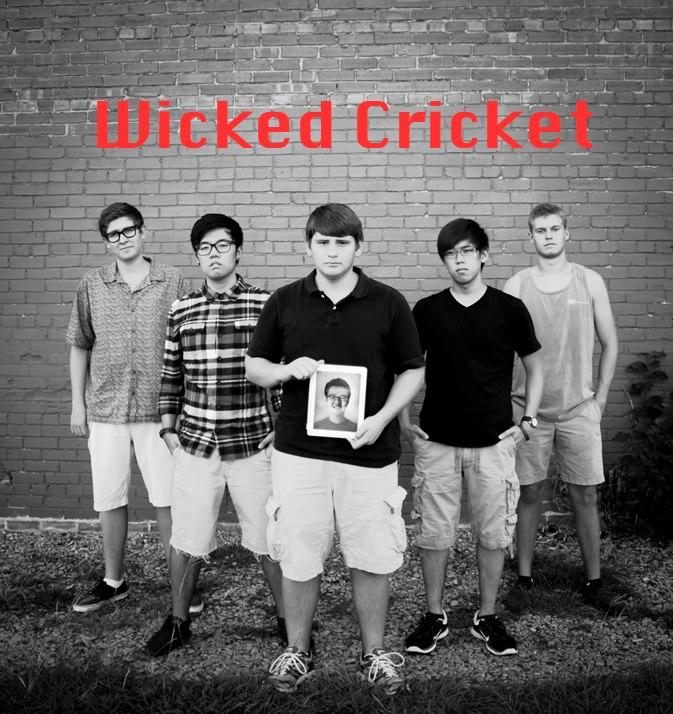 Six Coppell students have embarked on the adventure of producing their own short film titled The Mammoth Affray. The film centers on a boy named Dennis who decides to tackle his colossal (mammoth) struggle (affray) with fear of jumping off the local pool’s diving board.

“We wanted to do a title like Quentin Tarantino’s,” Coppell High School senior and director of photography Mason Adams said. “We wanted it to catch people’s attention and be something artistic and deep.”

The Leap of Unknown Fate was the initial title of the film.Then Adams and director, senior Josh Brunelli, got together and spent one night brewing their creativity into the perfect title. Artistic words and phrases, such as crimson and tuxedo junction, were bounced around. The boys broke out the ol’ Webster’s dictionaryto page through adjectives and finally coined The Mammoth Affray.

Brunelli’s writing assignment for his English class last year is where the idea originated. The assignment was to, essentially, write a short story; it was only a page long.

“The story was not that great, but the way I read it (to the class) made it great and I thought this could be made into a film,” Brunelli said.

Brunelli pitched the idea to his counterparts and everyone seemed to like the idea. He and Adams began writing the script on and off for a couple months and then began the production stage.

Before the boys could even pick up a camera, they had to raise the funds for the production. They created a page on a website called Indiegogo, which is a crowd funding platform where people donate to artistic causes. Every donation amount was equivalent to a prize: $5 and they’ll mention the donor’s name on Facebook, $10 they receive a T-shirt, $25 earns them a DVD of the film and $50 is a DVD with the behind-the-scenes edit, and their biggest offer was to Skype with the donor while they are on set.

“That last one didn’t happen and I’m actually glad; I don’t know how we would have pulled that off when we’re so busy on set,” Brunelli said.

In total, the crew raised $1,400. The money went toward paying for the rental of equipment and an ambulance they needed for one scene.

“We were actually exactly one dollar over when we were rented the equipment and had to pay out of pocket,” Adams said.

“Matt always told me he took acting classes and I wanted to see what he could give me,” Brunelli said. “Dennis is a dry character and he did good with what was given to him.”

The crew believes they selected the perfect actor to portray Chad.

“Chad is an idiot and he played a good one. James is unscripted in real life, but when you give him one he does a good job,” Adams said.

Rohloff has been a part of a few of the boys’ previous projects as an actor as well as writing the music for the soundtrack. In The Mammoth Affray, he plays the antagonist—he and Dennis never got along and he tries to prevent him from making the jump off the diving board.

“Rohloff is someone we want to keep using,” Han said. “He was flexible and sacrificed a lot of time for us.”

Earlier this summer, the group partook in another short film produced by CHS teacher Andrew Patterson called Let There Be Zombies. The boys agree that was their largest undertaking and it prepared them for this film.

“We learned to not take anything personally and to respect the director and the filming process,” Adams said. “After handling 100 zombies, dealing with a crack addict and working around buzzards, nothing could have fazed us.”

Although the production did not involve preying animals or hallucinating men, it was not a completely smooth sail.

“The first thing we went to go film, the actors didn’t show up,” Adams said.

There was also a few firsts and things the boys had to learn along the way.

“We had to learn how to use a dolly track,” Han said. “I was trying to unscrew it and take it apart and Josh was like, ‘No! We can’t put it back together!’ Also, casting and producing is something I’ve never touched. I learned what to look for in actors and to not cast someone without physically seeing them act.”

The team’s hard work will pay off soon; they are in the post-production stage and plan to enter the film into contests, including the Student Television Network (STN) Convention KCBY will be attending in Los Angeles in March.

“I’m proud of what we accomplished,” Brunelli said. “It should probably be our best project yet. I was proud to work with guys just as passionate for film as I am.”

The adults on set also agree with the filmmakers’ quality of work and performance on set.

“My experience on the set gave me hope in the future of our society,” Rohloff said. “That our youth does still have ambition and is still motivated to contribute to the planet.”`

The film will soon we produced by their own company Wicked Cricket Studios and be out for the public to watch. In fact, the crew plans to have the Coppell Film Society screen it in the lecture hall. The film should prove to be just like its producers – comical and keeping you on your toes.

“Let’s just say someone gets hurt,” Brunelli said. “And it might not be who you’d expect. That’s all I’ll say.”

Once more into the fray.

Into the last good fight I’ll ever know.