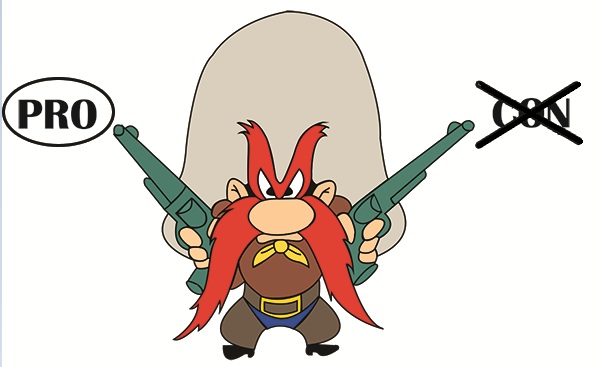 This summer, several gun-related catastrophes left many Americans horrified at how little impact the presiding gun control laws have had on the country. With the presidential election nearing, it’s time to truly ask our candidates, who are ever so eager for “change,” how they plan to reduce deaths associated with the gun market.

On July 20 James Holmes walked into a Century 16 theater in Aurora, Colo., killing 12 people and injuring 58. This number of casualties accounts for the largest mass shooting in United States history. Roughly two weeks after this incident, Wade Michael Page walked into Sunday service at the Oak Creek Sikh temple and shot six dead, injured four. Three weeks later, a student opened fire without a target on the first day of classes in Maryland, critically injuring a student.

Still there is not a sign of new gun control laws in the works—and these are only recent events. More than 200 people are shot daily, 87 of which die, 33 of those were murdered, according to the CDC National Center for Injury Prevention and Control.

In response to the Aurora shooting in July, the presidential candidates cowered on gun control but offered statements to concerned citizens. While Republican nominee Mitt Romney believed “changing the heart of the American people may well be what’s essential” he did not provide any information on how he planned to do that—maybe an intervention with America? He also seemed to be confused on Colorado gun laws, for he said the shooter “shouldn’t have had any kind of weapons.” That’s kind of funny considering that all of the shooter’s purchases, including the assault rifle were legal in the state as reported by The New York Times.

On the other hand, President Barack Obama’s solution to the problem consists of summer jobs for young people and crime reduction programs in cities—all ideas that could help round up American citizens, none that can stop urban bloodshed. According to The New York Times, he also discussed “enhanced background checks to weed out criminals and the mentally ill” but did not discuss anything regarding the closing of the “gun-show loophole or ease in which the mentally ill can get their guns restored”—a position that the president could easily argue without significant opposition against The National Rifle Association, which insisted on making the repossession easy (The New York Times).

According to studies of federal data, states that have stricter gun-control laws have a significant amount of fewer firearms deaths. The study reports that policies such as banning assault weapons and requiring trigger locks and safe storage actually work. However, few politicians will advocate these measures.

Change is indeed possible, take California for example, before 1997 its mortality rate was consistently higher than the rest of the nation. When it’s newly established gun laws later took effect, the states mortality was cut by 53 percent, to a low of 8.1 per 100,000 people. Compare that with the decline of only 30 percent for the rest of the nation where firearm mortality rate is 10.2. These statistics are in accordance to the CDC’s latest 2009 data.

While many factors may contribute to mortality rates, California has passed more than 40 laws since 1989 after the mass shooting in a Stockton schoolyard that led the state’s assault weapons ban a ten round limit on ammunition magazine capacity, according to Griffin Dix, president of the Brady Center to Prevent Gun Violence California chapter.

Some of the most significant gun laws that Nix recognizes in an article for the Brady Center are California’s laws restricting “illegal gun trafficking by requiring background checks on all gun sales or transfers (including at gun shows) and limiting handgun purchases to one per month, prohibiting gun purchases by persons guilty of certain violent misdemeanors and facilitating crime gun tracing and recovery of illegally owned weapons.”

An additional law that has had a significant impact on California’s gun market is its requirement for licensed gun dealers—handgun buyers must pass a written safety test and hands-on demonstration. This law along with the others that encourage safe gun storage help reduce gun suicide, one of the biggest components of firearm mortality As a procedure new hand gun models being sold in California must also meet the state’s safety standards (facts provided by the Brady Campaign).

California’s gun laws should be taken by America as an example of a system that does not conflict with the rights of its citizen’s and would help reduce the mortality rate significantly. It is understood that guns will always be an issue, but with new laws we can set forth some effort to help keep our citizen’s protected and prevent future massacres. At the worst, we tried. But we cannot sit on our behinds until the next carnage occurs.

Want to hear the other side of the story? Check out Thomas Hair’s argument against gun control.