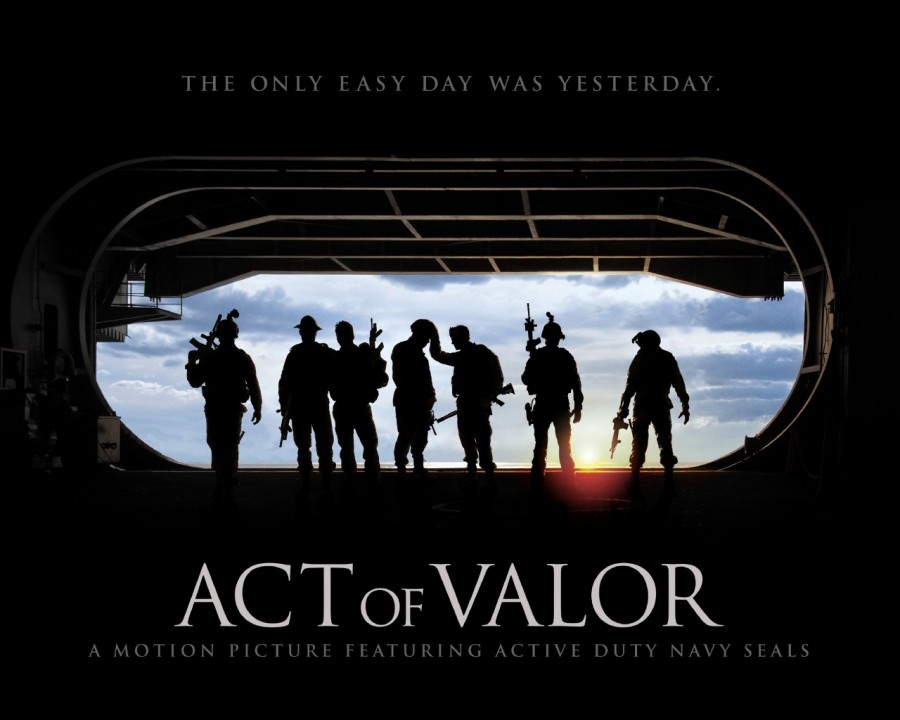 This past May, the world was informed that a group of elite warriors, the Navy SEALs, had taken out the elusive Al- Queda leader, Osama Bin Laden. With this event the interest in the Navy Seals was reborn and now everyone can see first hand what they do in Act of Valor.

On Feb. 24, Act of Valor was released, and within this past week it became the No. 1 movie in the country. It is fast paced and suspenseful because of the use of real life Navy Seals. The film is also very emotional to see what these men give up to fight for our country.

“When I heard this movie was coming out I was really interested because of all the hype surrounding SEAL Team Six,” senior Daniel Chac said.

The action is one of the best I have seen recently in modern action movies. The use of live ammunition in some of the sequences added to the intensity and every artificial explosion and bullet impact will make you tense. Even though the action is as close as you can get to the real thing, looking back on it, every battle is incredible one sided towards the Seals which I thought may have been a little exaggerated.

While watching this movie, keep in mind these are not actors; they are professional soldiers. The acting that they display I actually enjoy because their use of technical military slang is much needed, but some of the scenes are a tad bit awkward. During the action the acting is great but the dialogue following the action between the team members and their families is just a little unnatural.

“The acting definitely wasn’t the greatest but the action was really cool,” junior Davis Haddock said. “Some of the talking was a little awkward but the battles made up for it.”

Obviously, from the trailer you can tell the effects are fantastic. Cars exploding and the amount of gore was exactly what the movie needed to keep the attention of the audience. The only down side of the effects were that some of the muzzle flashes from the weapons stood out because of computer animation.

This film is special not only because of the Seals themselves but the equipment that they were allowed to use. Special Navy SEAL equipment is given the spotlight in some instances such as a reconnaissance drone, a submarine, and a few other vehicles. These gadgets don’t contribute to the plot but they sure do make for some cool scenes.

While watching the movie I was too focused on the action but walking out of the theater I had to wonder; was that a recruitment video? I feel like it is definitely to pull more people into the military but also I believe it is to show the sacrifice military members make. Yes, it may have been for recruitment but is that really a bad thing.

“When I was watching the movie I didn’t think any thing of it but when I talked to other people about it I was kind of curious to see if this was just a recruitment tool or not,” senior Clay Ross said.

The plot line of this movie is definitely in tact but it felt pretty strung together by the battle scenes. It is a little too predictable and honestly, it felt like a first person shooter game like Modern Warfare 3. Not to mention the first person camera angles in some places, the movie really is a video game that you didn’t have to play.

All in all, this movie is really cool but not a whole lot more than that. It is a very unique action film that I think needs to be seen but it’s not a memorable experience. To much of the focus was on the action and destruction and not enough was put on the drama of the situations unfolding. I recommend this film to all that love a good action movie and for those who are curious about what our military personnel do.