The dirt on prescription drugs 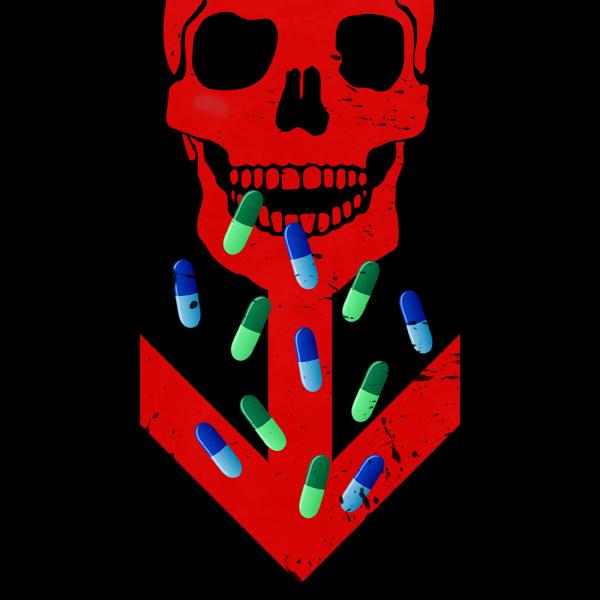 After 40 years, the American budget for the “War on Drugs” has racked up an impressive $1 trillion with the hopes of ridding the country of illegal drugs.

However, prescription drugs are hitting a little too close to home and are not getting the attention they deserve.

In the United States, more than 2,500 teens everyday will abuse prescription drugs for the first time. This alarming statistic is often overshadowed by constant attention to illegal drugs, which are not pharmaceutically and professionally manufactured.

What is even more concerning is that the government is making billions of dollars a year from selling prescription drugs without even realizing the drugs are dangerous.

When taken properly and for the correct reasons, prescription drugs can be beneficial in terms of minimizing pain for those coming out of surgery, relaxing those inflicted with extreme anxiety and also increasing mental focus in people with ADD.

However, when abused, prescription drugs can be found to cause nasty withdrawals, unbearable dependency and unfortunate side effects that can put a user close to death if medication is misused or combined with other substances.

The most commonly abused drugs in today’s society for recreational use in teens are Adderall, Hydrocodone and Xanax. Although these drugs are used for completely different reasons, they all pose the risk of addiction and fatal side effects.

For instance, Adderall, a stimulant that is commonly abused in the school environment, is used for people who have Attention Deficit Disorder or ADD.

As a student I have seen the use of this drug far too many times. Although this drug has the ability to make a person more efficient and focused, long-term abuse can lead to mental psychosis, addiction and depression.

Opiate prescription drugs can also be devastating to an abuser. Pain medications such as Hydrocodone and Oxycodone are commonly prescribed to those with chronic pain.

The downside to this is that many patients, if they are using correctly, do not use their entire prescription. This means many parents will unknowingly leave their leftover bottle of narcotics in the family medicine cabinet.

Teenagers have struck a gold mine using prescriptions as a free source of drugs. The teenager most likely will not die from consuming Hydrocodone, but the effects of combination of Hydrocodone with other drugs or alcohol can be severe and sometimes fatal.

I believe parents need to be more educated on this subject, seeing as they are most likely to inadvertently give their children prescription drugs without knowing the consequences.

In addition, the government and medical society needs to back up and see beyond the money they are making.

The first step is to limit the prescriptions. Far too many people are on medications that simply do not need it. Doctors are far too lenient in today’s world when it comes to prescribing medicine to people claiming they have such disorders that require medications like Adderall and Hydrocodone.

The focus for the War on Drugs needs to be directed towards what we’re doing in America and how we can prevent our children from becoming addicted to these life-ruining substances. This can be done through truthful educational seminars in our schools that inform children the proper information on drug use.

American drug companies are raking in the money from prescription drugs while the government continues to keep the public eye on illegal drugs as our main concern. It is apparent that researchers are finding more and more medical and psychological benefits from illegal drugs like marijuana, psilocybin (magic mushrooms) and LSD.

Marijuana has specifically been used to treat glaucoma, nausea, appetite loss and also as a therapeutic pain reliever.

Although not legal for recreational use in the United States, 16 states have legalized marijuana for medicinal purposes. These new regulations make it clear that some of these outlawed drugs may actually have a monumental effect on the human body.

Recent studies on psilocybin conducted by doctors at Johns Hopkins University found after experimenting on 18 subjects who ingested psilocybin over a course of five eight-hour sessions, 94 percent of those subjects said it was one of their top five most meaningful experiences; 39 percent said it was the single most meaningful experience of their lives.

The doctors involved in the experiment concluded after the experiment that “magic mushrooms” have a substantially high positive affect on long-term psychological health. In addition, the report stated that the drug “offered long-lasting psychological growth and helped people find peace in their lives — without the negative effects.”

Even Steve Jobs, former Apple CEO, credits his success and broadened life style saying, “Doing LSD was one of the two or three most important things I have done in my life.”

The power behind this drug is still a mystery and has been concluded to produce many spectacular and unexplainable benefits. The drug allows users to think positively about life by expanding their minds and bringing them closer to themselves spiritually.

Why not instead of funding a war that cannot be won, we research these drugs that make such an incredible impact on the life of a human being?

The list of concrete evidence goes on and on, but the bad part is, most of the public will never observe this information as it is not publicized on the TV or politically praised. It is about time for Americans to wake up and realize that we have these tools that we are being told we cannot use, but for the sake of whom?

Although the effectiveness of these drugs is highly controversial, I believe that in order to come out on top of the War on Drugs we need to take a closer look at some of these “bad” illegal drugs to see potential use and in turn shift this effort to the plague of prescription drugs on today’s society.