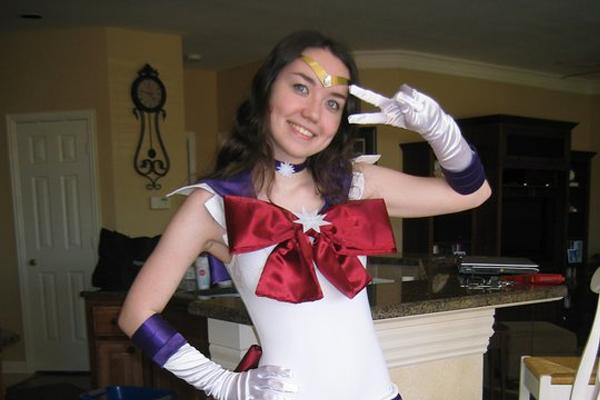 Last night, when I was finally done with the studying I had to do, I did not get on the Internet or watch TV. I did not read a book or plan for the week ahead.

I spent what was probably two and a half hours at my sewing machine, working with my fabric, trying to piece together my costume before the anime convention in June (and for those of you who are wondering, yes it does take that long for me to make a good costume).

But for those who have no interest in anime or conventions, do not stop reading. This is for you too. Because while I was sewing, I found myself trying to figure out how to tell my friends about my progress without being heard by someone who would judge me. But why worry about that at all? Why worry about my reputation, which is probably already tarnished by all of the awkward things I do?

The answer is, because no matter who you are, you censor yourself in some way. And sometimes that is a good thing. But there is a point where it becomes too much, where someone can become almost like Jekyll and Hyde, being one person at school but a completely different personality elsewhere.

Perhaps the reason we do this is because deep down each one of us defines some of our worth by how much other people like us (or maybe that is just me). But truthfully, it is really sad to see someone do things purely to make other people like them; hiding major parts of their personality because they think they will be worth less if other people think they are weird.

It is true some people do not do this as much, and maybe that rubs others the wrong way, but I have to applaud them for their courage and willingness to not care what others think. But so many others (myself included) try to make everyone else like them by keeping quiet and just going with the flow. It is easier to mold to what everyone else expects them to be, rather than face the persecution that comes with trying.

It makes me wonder about the people around me whom I see every day, whom I did not bother talking to because I automatically assumed we did not have anything in common. I could be seeing some truly interesting people every day and not even know it, but in some way we all do that. It makes all of the needless drama and exclusion of high school seem kind of silly.

Sometimes it is funny actually, to see the surprise one someone’s face when I say something that seems out of character to them. But I want to stop the censorship and let some of the filters off a little. I wonder where it will take me.

I guess I will just have to wait and see.