Pressure to be perfect proves costly 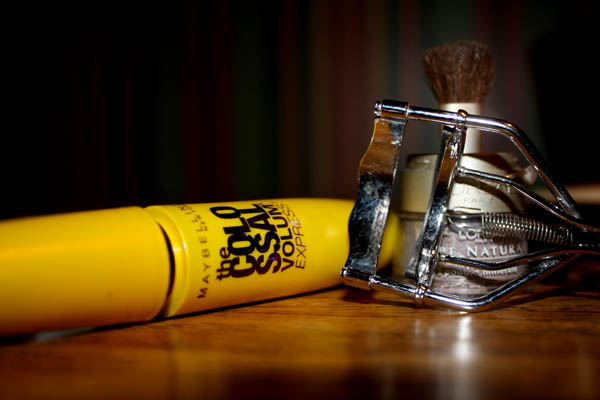 Many females spend a large sum of money on makeup to boost their confidence by enhancing their natural features. Photo by Jodie Woodward

For many teenage girls, walking into a cosmetics store brings the same joy the candy store brought when they were young. It is filled with an assortment of colors and smells, and it is nearly impossible to leave the store empty handed.

Makeup seems to be a rite of passage, a declaration of being a young adult. It means you get to set your alarm 20 minutes earlier and spend your cash on name brand mascara and bronzer.  But with every privilege comes a cost.

But the cost of makeup is not just pocket change for women around America. According to the YWCA, U.S. women spent $7 billion a year, or an average of about $100 per person, on cosmetics and beauty products.

It raises a big question for women everywhere: why are we trying so hard to cover up our natural appearance? If women invested for five years the amount they spend on makeup and cosmetics each month, they could pay for a full year of tuition at a public college.

However, many CHS girls cannot imagine spending that money elsewhere.

“I feel ugly without makeup. There are a lot of pressures on girls these days to look good,” senior Maddie Martin said. “I can’t walk out of the house in just sweats and my glasses. If I don’t feel like I look good, then I don’t feel good on the inside.

There is nothing wrong with makeup, but at the same time, this money could be going towards a better cause. According to Medscape medical news, the amount spent on cosmetics is 33 percent more than what is needed each year in order to provide water and sanitation for all people in developing nations. It is also larger than the amount needed to provide healthcare for all women in developing countries.

Some may argue girls feel the pressure to cover up their flaws and enhance their appearance in order to gain the attention of the opposite sex. Young women feel the need to impress their male counterparts, and the media tells them that makeup is the way to do it. But many guys at CHS don’t seem to care whether girls wear makeup.

“The media is what puts the pressure on them; we don’t say wear this makeup or wear those clothes,” senior Justin McKinney said. “If she wants to look her best maybe she should wear makeup, but I am going to talk to her and like her regardless of whether or not she wears makeup.”

It seems that appearance and how girls make themselves up is everything in our culture. According to YWCA, workers with “below average” looks tended to earn about nine percent less money than workers who were “above average.”

There is no doubt makeup is a way to express individuality and give girls a confidence boost, but maybe it isn’t as important as it is made out to be.

“I don’t feel the need to wear make up. I just think that it’s not necessary to wear every single day,” senior Allison Kim said. “Some days you should go out with it, it’s not that I’m super confident, I just don’t need makeup to make myself feel better.”