Patriotism and decency: where is the line drawn? 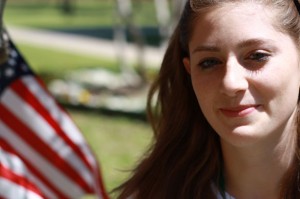 While there seemed to be a sense of national jubilation on the night of May 1, when it was announced to the world that Navy SEALS killed the infamous leader of al-Qaeda, there was some confusion about how to act.

This is because Americans are more used to grieving for their country than celebrating its victory, and the line between patriotism and human decency is not clearly defined for that special circumstance when an enemy of the state is brought to justice. They do not want to celebrate death in the streets because it is bitterly reminiscent of the crowds in several Arab countries that celebrated the deaths of more than three thousand Americans on September 11, 2001.

Americans are left in an awkward situation. Every person who truly comprehends the horrors of 9/11 felt a sense of satisfaction when they heard the news of Osama bin Laden’s death. The natural reaction was to celebrate, but celebration seemed strange in response to a death.

Personally, I was elated when I heard the news. So much so that I actually clapped and yelled gleefully. Then, I texted all of my friends and woke them up so that they could watch the news and witness the historic event. I wanted to make sure that everyone realized how significant the event was.

For teenagers, Facebook statuses are one of the most immediate forms of expression for high school students, and my newsfeed blew up with things like, “We got him, ‘bout time,” and, “Osama bin Laden: Hide and Seek Champion 2001-2011.” Most people were happy and excited, while others admonished their friends in their own statuses, saying that no one should celebrate a death, even the death of someone as evil as bin Laden. For myself, I posted “God bless America” as my Facebook status.

So which response is more appropriate? It is impossible to blame anyone for being happy about his death, but there is a limit to the amount you can celebrate before it becomes uncomfortable for everyone else.

For example, the crowds gathered at Ground Zero, paying tribute to their fellow New Yorkers who they lost on 9/11, is an example of the appropriate kind of celebration. The mood was somber, but satisfied. They were mature, humble and thankful.

On the other hand, there was craziness at the White House. What the New Yorkers handled with grace, the college students in Washington D.C. turned into a frat party. No one can blame them for their excitement, but their response was not very dignified and showed them in an unfavorable light. They just seemed like crazy kids who found an excuse to let loose.

It is up to every individual American to decide how to react to these circumstances, but I encourage you to take news the way the New Yorkers did. Be thankful, be relieved and be happy. Just be tactful as well, and help set America set an example for other countries to follow.