Coppell to play in ‘electric’ area round rematch against Dallas Jesuit 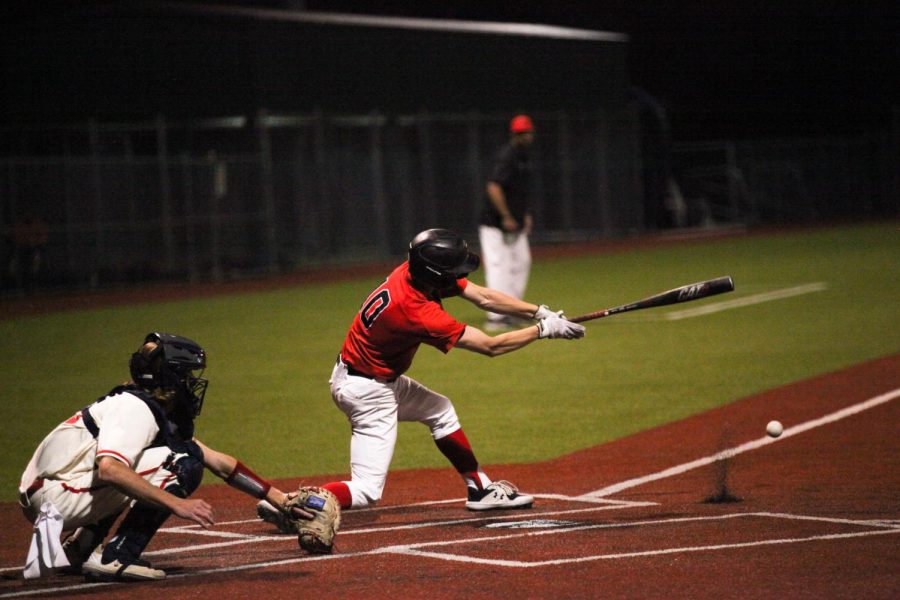 Coppell senior Andrew Nester hits a hard ground ball to third base against McKinney Boyd at Boyd on May 6. The Cowboys play Dallas Jesuit in the Class 6A Region I area playoffs, hosting the Rangers on Thursday at 7:30 p.m. for Game 1, traveling to Jesuit on Friday at 7:30 p.m, for Game 2 and the potential Game 3 is on Saturday at 4:00 p.m. at Kelly Field in Carrollton.

Despite sweeping McKinney Boyd in the Class 6A Region I bi-district playoffs last week, the Coppell baseball team had to turn to senior reliever Will Boylan’s heroics after a lackluster showing from its offense.

The Cowboys will have an opportunity to get the bats going against a familiar foe in an electric atmosphere this week.

Coppell (23-6-1) will face Dallas Jesuit (23-7) in a rematch of last year’s area round, where the Cowboys swept the Rangers, in a best-of-three Class 6A Region I area playoffs series.

The Cowboys host Jesuit for Game 1 on Thursday at 7:30 p.m at Coppell ISD Baseball/Softball Complex. Game 2 is Friday at 7:30 p.m. at Jesuit. Game 3, if necessary, will be on Saturday at 4 p.m. at Kelly Field in Carrollton.

At the turn of the district campaign, the Cowboys’ bats were on fire and coupled with elite pitching and defense, Coppell was unstoppable. Despite the cold bats, Coppell has been able to maintain a seven-game undefeated streak. The Cowboys will look to regain that edge offensively against Jesuit.

“We feel good and we did well against them last year,” Coppell junior ace TJ Pompey said. “For me, I have to throw a lot of strikes and get our offense going. We know that even when we’re down, we still know how to find a way to win. It’s going to be special when we get everything going and it’s going to be so much fun.”