‘They have to face me’

Legendary Alabama football coach Paul “Bear” Bryant created a slogan that not only reverberated in his Crimson Tide locker room but across the world of sports.

Bryant’s famous quote echoes the locker rooms, benches, dugouts and playing fields of every sport and serves as chief motivation in practice for what all athletes desire most: championships.

For baseball, defense starts on the mound with a team’s ultimate weapon, the great equalizer of a ball game and on any given baseball night, the most important player in the ballpark: the pitcher, because of their ability to single-handedly win ball games, regardless of how well the offense is batting.

“Pitching and defense is what it takes to win ball games at this level and if you don’t know that then it’s going to be a struggle,” Coppell coach Ryan Howard said. “We’ve proved it with the way we have struggled offensively and still be able to walk away with wins.”

After graduating a plethora of talent last season, especially on the mound, the Coppell baseball team had two true returning pitchers: senior Will Boylan and junior TJ Pompey.

Senior Landry Fee was just coming off of reconstructive surgery for a torn ulnar collateral ligament and his arm status was questionable for the beginning of this year.

After trials, triumphs and tribulations throughout the preseason, Howard decided that Boylan and Fee were perfect relievers, but there was still the question of who would be the ace leading things off on Tuesdays and who would be the second starter for Friday games.

Howard turned to his best player on the roster, Pompey. Pompey ranks as the best shortstop and the sixth overall recruit in his class in Texas. After recording several standout games in the preseason, Pompey etched his name into Coppell’s roster as its leadoff hitter and its ace on the mound.

Coppell’s second starter is senior left fielder Andrew Nester, a player who didn’t make a spotlight-stealing name for himself like Pompey, but rather was the most consistently good player on the mound through all the games for the Cowboys.

For Coppell, its quartet of pitchers have not only allowed it to scrape through offensively tough games but also allowed the state-ranked Cowboys to record five shutouts through 25 games, conceding just one district contest, putting them on pace for a District 6-6A championship as well as a deep playoff run.

Coppell’s pitching mindset is the same across all four pitchers: assert dominance over the opposition by pitching aggressively.

“I like our guys feeling aggressive,” Howard said. “I like them feeling like they are the best players on the field, and if they don’t have that attitude then I find it hard for them to be successful at this level. I like them to be aggressive, I like them to work with a fast tempo, I like them to throw a lot of strikes early in counts to get ahead of guys and force what we do onto the other team as opposed to sitting back and getting into deep counts.”

Of all the pitches he throws, Pompey’s favorite is his four-seam fastball, which is up to 94 mph, according to him.

“I command it really well; I throw my slider in there sometimes but I like to go in-and-outside with my fastball,” Pompey said. “Even if I’m down in a count, I’ll still go fastball because if they hit it then they hit it but I’ll let them compete and see what they can do with it.”

For Fee, it’s his slider, which is slightly slower than Nester and Pompey’s fastballs. Fee will turn to it as long as he is up in a count, and if he’s down in a count, then he’ll go to the fastball because he has more control over it.

“The slider is my favorite because it’s nasty,” Fee said. “I have a good feel for it and it moves a lot in the air which hurts the batter.”

For Boylan, it’s his changeup, which is similar in velocity to Fee’s slider; though, Boylan’s two-seam fastball is also strong as he used it to strikeout several batters in relief throughout the Class 6A playoffs last year. Depending on where Boylan is in the pitch count, his variation is similar to Nester’s.

“I like throwing the changeup to the lefties, watching them swing-and-miss and take a big hack,” Boylan said. “Then I get a fastball to just drop them off the table. I like to break off a curveball when I get up in the count to freeze them a little bit and then maybe go back to the changeup. I’m going to try to locate a four-seamer when I get down in a count to get back ahead.”

Pitching is different from the other positions on the field as it requires greater mental strength than physical capabilities.

The best pitchers across the sport in all levels maintain similar characteristics: calmness through adversity, the ability to think ahead in situations, anticipation and outstanding knowledge of how to induce outs, whether it be a strikeout, pop out, ground out, fly out or line out.

The pitcher doesn’t work alone, however. While several teams in the high school level rely on coaches to call pitches, the Cowboys’ quartet relies solely on senior catcher Bradley Castillo, Coppell’s man behind the plate for the past two years.

Ultimately, the pitch is up to the pitcher, especially if there’s a disconnect in the two-way street between them and Castillo. According to Fee, ‘the best pitch to throw is the one you believe in.’

Alongside Castillo and the four pitchers is an extremely talented Cowboy defense with the likes of senior third baseman Walker Polk, junior second baseman Tanner Sever, Pompey in the infield as well as Nester and Boylan in the outfield. With such talent, there is less pressure on the pitchers’ shoulders as they know they can allow a hit here and there and still have confidence.

“The amount of outs that Pompey, Sever and [sophomore backup shortstop Michael] Russell get up the middle is pretty ridiculous with the plays they make,” Fee said. “Obviously, they are super talented with the glove. It’s really awesome when you make a good pitch and the hitter really isn’t able to hit it well and in other teams’ infields, it’d be an infield hit but in our infield, we get a lot of outs because our infield is so good. Our outfield has plenty of speed, getting to a lot of balls when we make mistakes deep in the gaps.”

Since Howard arrived at Coppell three years ago, his motto has been ‘pitch and play defense,’ and the Cowboys have just done that. When the Coppell bats have struggled, the Cowboys’ quartet of pitchers have played hero whenever needed and put out any opposition flames to allow Coppell to soar in the Diamond Pro/THSB Class 6A state rankings on its quest for a championship. 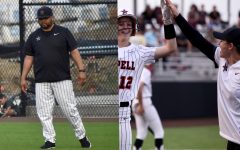 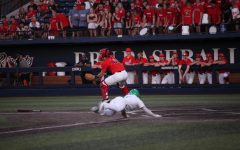 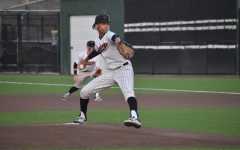 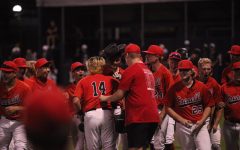 Cowboys secure spot in fourth round in dramatic fashion 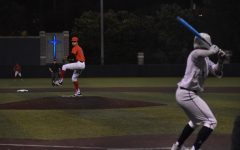 Coppell to play in ‘highly competitive’ regional quarterfinals against Prosper 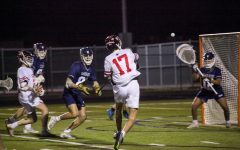 Coppell cradles in victory against Jaguars for first district game 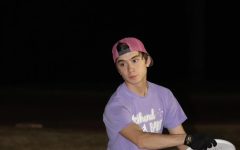 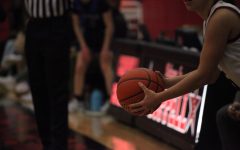 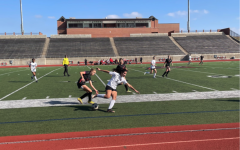 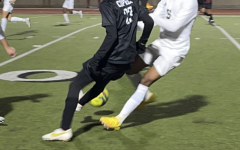