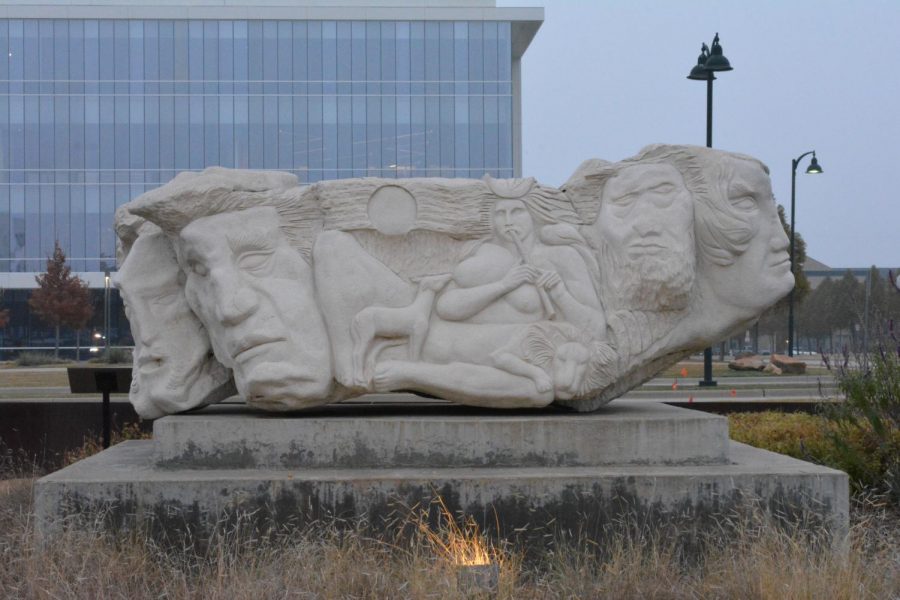 Abdullah Al-Sayed sculpted the Damascus Nawa Ship in 1993, which now resides in Cypress Waters. There are several sculptures throughout Coppell whose artists and origins are relatively unknown, but these artworks all share one thing: a home in Coppell. Photo by Shrayes Gunna

The Damascus Nawa Ship is a 32-ton limestone sculpture found on the periphery of The Sound at Cypress Waters. Sculpted in Syria, as alluded to by the title, the piece was created by Abdullah Al-Sayed in 1993. It was then brought to the United States and therein Coppell by the Billingsley Company, land developer of Cypress Waters. The sculpture is adorned with etchings of traditional images from the Middle East, such as a man playing the flute and a multitude of animals. These etchings were done in the subtractive method, in which a large block of limestone was manipulated to create the symbolic and multidimensional piece found today.