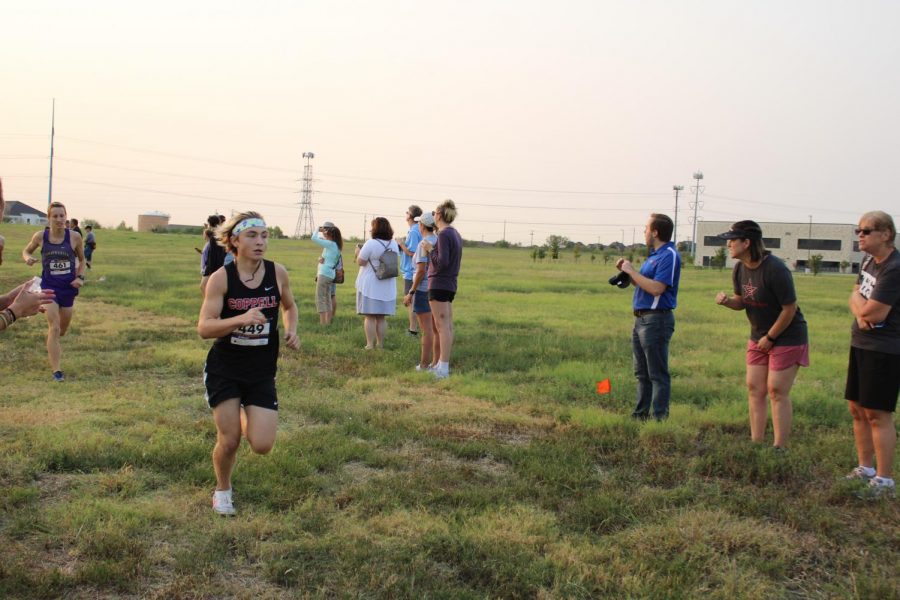 After finishing third in the District 6-6A Championships, the Coppell boys cross country team traveled to Lubbock to compete in the Class 6A Region I Meet at Mae Simmons Park on Monday.

Coppell junior runner Andrew Mullen is advancing after placing seventh with a time of 15:54.8. Mullen will run in the Class 6A State Meet on Nov. 6 in Round Rock.

“The elevation [in Lubbock] is pretty high, it’s a lot different than Coppell and it’s harder to run at higher elevations,” Coppell junior runner Vedant Bhattacharya said. “It’s also pretty dry there, too, and it’s very dusty so it’s harder to breathe. It’s not as easy as it would be here and it was definitely probably one of the hardest courses our program runs.”

Of the 23 schools competing in this meet, the top four advance to state. The Cowboys placed seventh of 23 teams overall, marking the end of its state run. A rolling top 10 allows individual runners to compete at state.

“I think the effort from the team was definitely there,” Bhattacharya said. “Those guys really put their hearts out there and I’m so very proud of them. Overall, it was kind of disappointing in the sense that I wanted to place a lot higher, but in terms of improvements by myself, last year, I didn’t run well and compared to that, I really improved a lot, about like a 1:20 which is pretty huge.”

This does not mark the end of Coppell’s season. On Nov. 20, Coppell will compete in the Nike South Regional Meet in The Woodlands. This will give Coppell a chance to experiment with its training.

“We’re going to keep doing the workouts we have been doing and try experimenting with different things in the sense that like, there’s certain workouts that we do all the time, but you don’t really step outside of those,” Bhattacharya said. “So, you know, sometimes we might go for longer reps on our intervals or shorter recoveries, just kind of change it up and to kind of experiment what works well with us. I believe that each year, a new team,  it’s important to see how we function in that sense and also focusing on running for each other and just  really fighting for each other and running together. That’s going to be a big thing to stress this for this final meet to cap off the season for our seniors.”