Learning how to fail forward 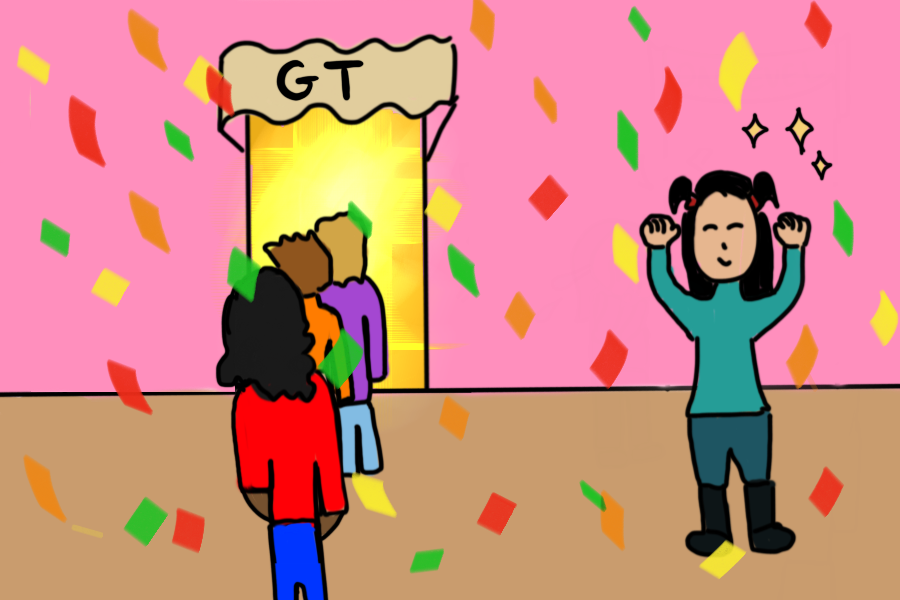 Gifted and Talented students are often celebrated for their placement, despite facing challenges as they transition into separate curriculums. The Sidekick visual media editor Angelina Liu thinks her experience in the G/T program had a negative impact on her study habits in high school.

“Please see me after class.”

The big red letters scrawled at the top of my first test in my freshman Gifted and Talented English class test taunted me as I stared at my failing grade in disbelief. I neglected studying as I was positive I could rely on information I knew prior.

My routine had worked all my life, so why would it fail me now?

I learned the hard way that talent when younger isn’t transferable. Throughout my elementary and middle school years, academics came easily as the curriculum was simple and there were less pressures of extracurricular activities. I never fell behind or needed to study, which impacted me negatively in the long run.

“There is this disadvantage where [students] fall back on [their] giftedness and when [they] go to university or whatever [their] next step is, [they] haven’t learned the skill of study or perseverance,” Coppell ISD executive director of teaching and learning Dr. Deana Dynis said. “[Students] may not have learned how to fail forward because it’s always just been easy. At some point, it’s not going to be easy.”

The narrative of being a Gifted and Talented learner started in elementary school. Things came easily to me as I read at an advanced level and could write better than an average student in my grade level. In middle school, English was my strongest subject as I excelled in reading and writing – I breezed through assignments without a second thought.

Labeling students as gifted and talented can manifest itself in a fixed mindset for students. Proposed by Stanford professor Carol Dweck, a fixed mindset centers around inherited attributes. For example, someone with a fixed mindset might believe that their academic skills cannot be developed and remain fixed throughout their lives. Despite this being untrue, their mindset that growth is impossible inhibits growth.

In ninth grade, I began to feel the weight of my own fixed mindset, struggling with academics. I experienced self doubt like never before.

Not being able to perform at the level that I used to was daunting. I felt like a sham. I criticized myself heavily every time I received a bad grade. I was sensitive and insecure in my academic abilities and responded to feedback negatively. A classic case of gifted kid burnout.

I expected the same amount of work in freshman G/T English as there had been in my previous English classes, but I was not able to adapt to the combination of an increasing workload and new material. For the first time, I struggled in the subject I thought was my strongest, especially during daily grammar practices. Despite how easily everyone else in my class understood,  I could never differentiate between a prepositional, gerund or appositive phrase. Because I used to always be able to rely on my “giftedness,” I had never established good study skills and I found myself falling behind.

This is not an experience unique to me. G/T learners must be able to apply concepts to different situations and cannot simply expect to understand a new learned concept immediately.

“In elementary and middle school, I didn’t have to study because things [I learned] just clicked,” CHS junior and former G/T student Matthew Tindoc said. “As I started to take harder classes like Advanced Placement, it stopped clicking in an instant, and instead I found myself taking longer to learn and apply new concepts.”

Through this experience, I have learned to adapt. By taking on a growth mindset, I have realized that it’s OK to not understand. It’s OK to fail. Growth is not linear and neither is learning. Being G/T in a specific subject does not mean you must already know everything there is to it prior. By continuously learning and growing, students can reach their full potential instead of limiting themselves to what they used to be.