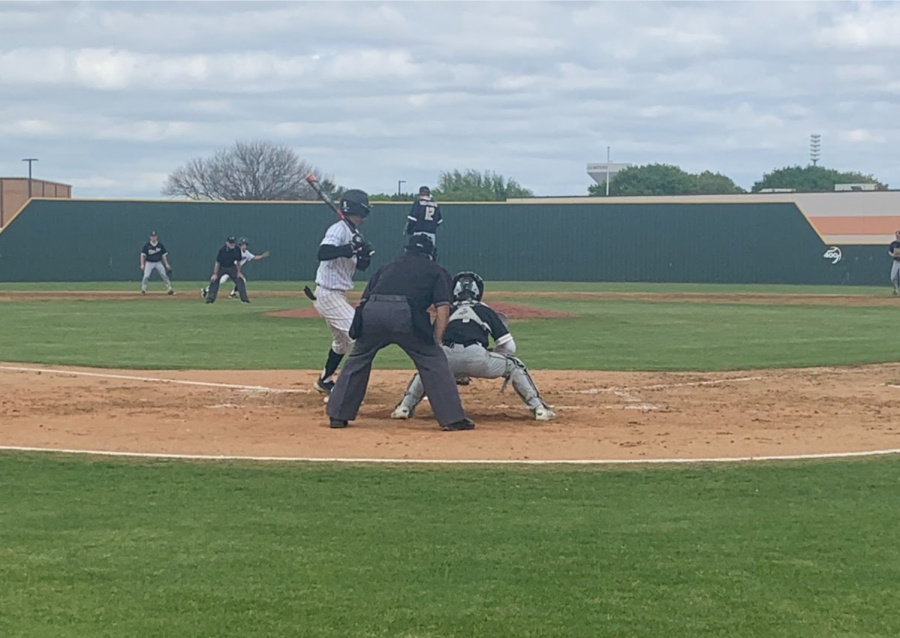 The Coppell baseball team held the lead in the bottom of the third as Coppell senior first baseman Chayton Krauss stepped up to the plate. After a strike off a pitch by Plano East senior Pitcher Ben Livingston, Krauss hit the ball out of the park and rounded the bases before being met at home by his teammates.

“The biggest challenge was knowing I hit well against [Plano East] on Tuesday so they likely wouldn’t give me too much good stuff to hit, I had to work with what pitches they gave me,” Krauss said. “It was a tough pitch to hit and I did all I could. Knowing you hit a really good swing and you get rewarded with something positive is a good feeling.”

The Cowboys (22-1-7, 9-3 in District 6-6A) came in ready to put up a fight against Plano East (18-12, 5-7) with Coppell senior pitcher Will Rodman on the mound. In the bottom of the second, a double by Coppell sophomore catcher Bradley Castillo scored two runs.

“We got the outcome we wanted by putting up more runs,” Krauss said. “Rodman pitched a really good game and saved us some pitching. Back to back shutouts are really big for us, to know that we can go against any team.”

Along with it’s win over Plano East Tuesday night, 1-0, the Cowboys have officially clinched playoffs. Currently sitting in second place, one game behind Marcus, the Cowboys hope to carry out its momentum next week to win the district championship.

The Cowboys host Flower Mound on Tuesday at the CISD Baseball/Softball Complex, with first pitch at 7:30 p.m.