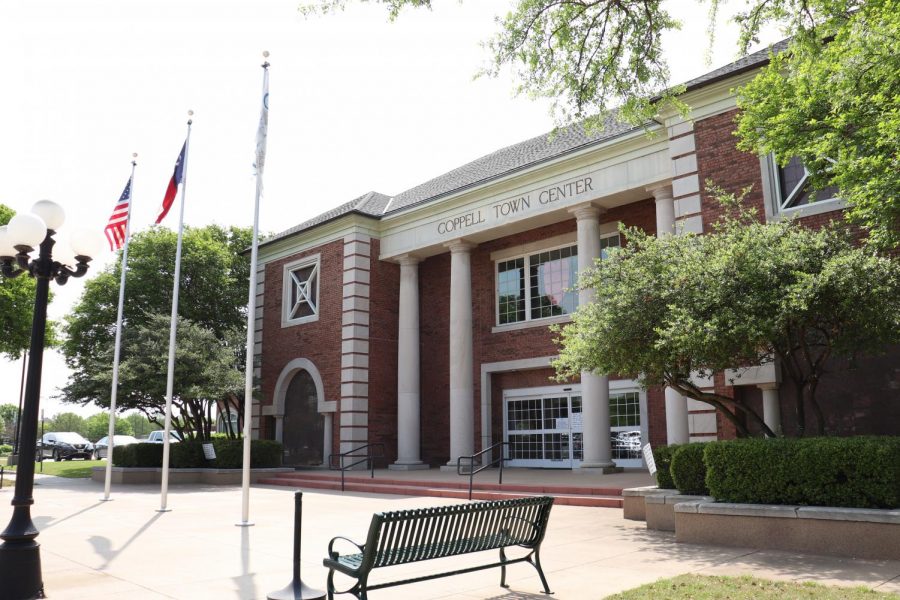 Last night, the Coppell City Council posed questions and concerns to Oncor area manager Kita Hobbs, approved a zoning request made by the City of Coppell Planning Department, and made a series of public announcements. Coppell City Council meetings are held virtually on the second and fourth Tuesday of each month at 7:30 p.m.

City of Coppell Planning Department senior planner Mary Paron-Boswell presented information about the zoning request regarding the improvement of the lift station (a pumping station that moves wastewater from a lower elevation to a higher elevation) at the south side of Sandy Lake Road, approximately 1,100 feet east of MacArthur Boulevard.

According to Paron-Boswell and the engineering department, the lift station was modified in 2004, but now, they would like to demolish the existing lift station and build a new one.

Council members Biju Mathew and Wes Mays were concerned about whether the people in surrounding buildings, such as Universal Academy, are aware of these changes and if there are any odor issues.

Paron-Boswell responded that the planning department did reach out to people in the surrounding area and  have not received any recent compliments about odor. The zoning change request was approved unanimously.

As a result of the winter storm in mid-February, several families in Coppell experienced sporadic power outages. Due to the lack of heat, residents were afraid of pipes freezing and unprepared to face extenuating circumstances.

The council members were frustrated with the way Oncor handled the situation.

Some Coppell citizens were not able to report their power outages and were angered by the lack of communication with Oncor. The mapping system and calling services were down due to the amount of people needing assistance.

“The systems could not keep up,” Oncor area manager Kita Hobbs said. “That’s just the honest truth. When we look at our call center, we received over 3.3 million phone calls during that event. To put that in comparison with 2020, in the entire year of 2020, we received 2.3 million calls.”

Mays expressed serious concern about the areas that Oncor can improve on, so that Coppell can get improved services in the future.

“We need better truth and power from you guys,” Mays said. “Please take this very seriously. It’s our citizens that we are concerned about. That’s where the communication starts and ends, and that’s what has to be 100% accurate. Unfortunately, right now it’s not.”

Hospitals were not impacted by the controlled power outages as they need electricity to operate. Mathew proposed that in the future, the Coppell Fire Department should be excluded from the load shedding (an interruption in electricity supply) as they were severely impacted by the lack of power.

Early voting starts on Monday and runs through April 27 for the municipal general and special election. In-person early voting is available for Dallas County residents at Coppell Town Center.

Additionally, on April 24 Coppell residents can have their documents shredded by Proshred at the Coppell Service Center between 8 a.m. and noon. For the last 12 months, vehicle registrations and license renewals have been waived, and this exemption ended on Monday.