Amped up second round results in unexpected 2nd place finish 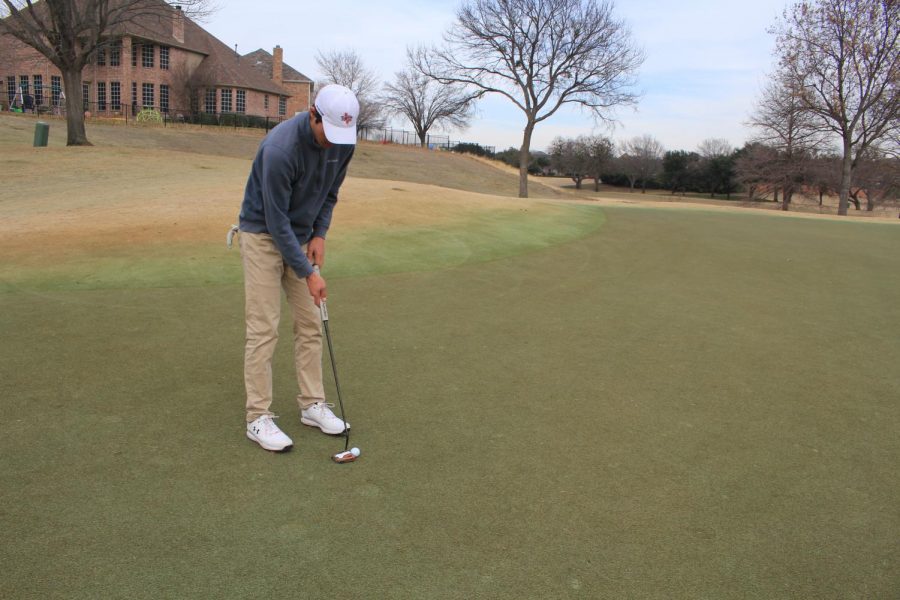 After having a rough first round on Monday, the Coppell boys varsity golf team were at fifth place and uncertain if it was going to advance to regionals. However, according to Coppell coach Jason Spoor, the team demonstrated mental toughness and perseverance in order to place second at the District 6-6A tournament.

“I knew going in [to districts] that we could do well,” Spoor said. “If we had a good first day, we could [have won] the district championship. These guys can play with anybody when they’re on top of their game, when they’re in rhythm. They have the ability, but it’s just about maintaining that confidence throughout and not letting negativity creep into their minds.”

The Cowboys two-day total was 621, shooting a 293 on Tuesday and 328 on Monday. Coppell moves on to the Class 6A Region I Tournament on April 21-22 at Tangle Ridge Golf Club in Grand Prairie.

The first round of the tournament was rough because of the wind and the pressure that the Cowboys put on themselves. Coppell senior golfer Andrew Chow, who shot 74 on Tuesday and 79 on Monday, thinks that the other teams might not have seen Coppell placing second as a possibility.

“A lot of the kids on some of the other teams weren’t even really worried about trying to beat us,” Chow said. “They were more worried about other schools. I think that and just after the first day, we knew we had a lot of ground to make up.”

Despite the unexpected outcome of the district tournament, Spoor thinks that the boys varsity golf team has a bright outlook for the regional tournament.

“I am really proud of these guys for the work that they put in,” Spoor said. “Just for the toughness that they showed and staying with it this past week during the tournament and not giving up. That’s something special. It’s easier to go the other way in this game when you don’t have a good first day. It’s easier to come out and say “We are out of it. We will just play and be done.” But they went out there and kept grinding it out and it worked out for them.”