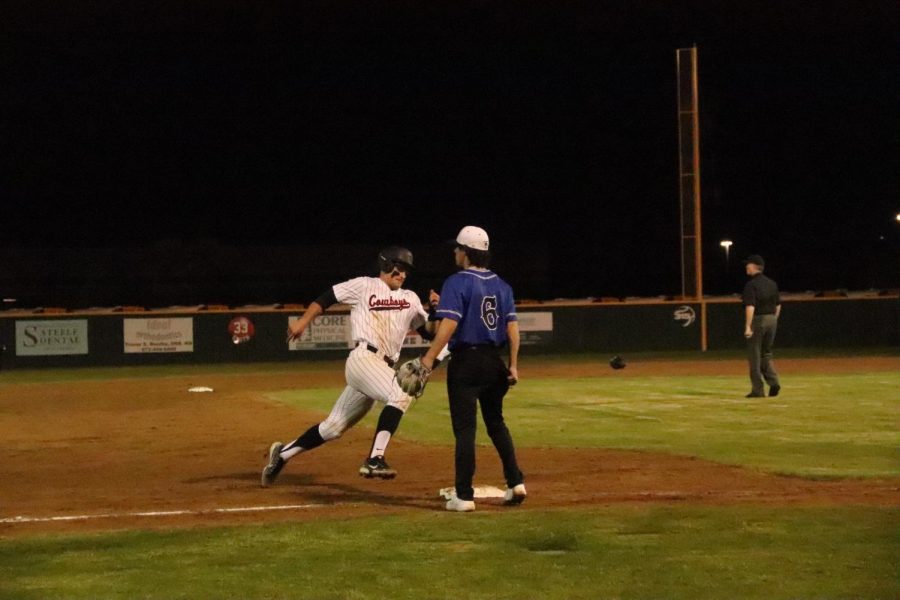 As District 6-6A play evens out with the fifth game of the season approaching, the Coppell baseball team looks to start a winning streak as it hosts Marcus tonight at the Coppell ISD Baseball/Softball Complex, with first pitch at 7:30.

“This is a big game for us to turn it around and start a winning streak,” Coppell senior infielder/pitcher Chayton Krauss said. “It’ll help later down the road if we can [sweep this series] against Marcus, knowing they’ll be one of the top teams in the district.”

According to Coppell senior infielder David Jeon, the Cowboys (19-5, 2-2 in district) worked on ground balls, fly balls, first-and-third defenses and batting in practice this week.

“Today we got out there, got a few swings in and [focused on what] Marcus may do against us,” Krauss said. “We got reps off what their pitcher throws and the different first and third plays they may call against us.”

“[Evans] has a good fastball, anywhere from 86-90 miles per hour, and loves to throw it for strikes,” Krauss said. “He doesn’t throw a lot over the plate, he works it more towards the outside corners. He’s got a good slider and will throw a changeup a few times a game but he won’t live on it.”

According to Jeon, the Cowboys need strong pitching against Duer and Teplansky, both of which are strong at bat.

“We need to get the bats going and knock it around,” Jeon said. “We need to do whatever we can to produce runs. We have a good defense and pitching lineup [who will] take care of our business. It’s up to the hitters to get the runs and support we need.”