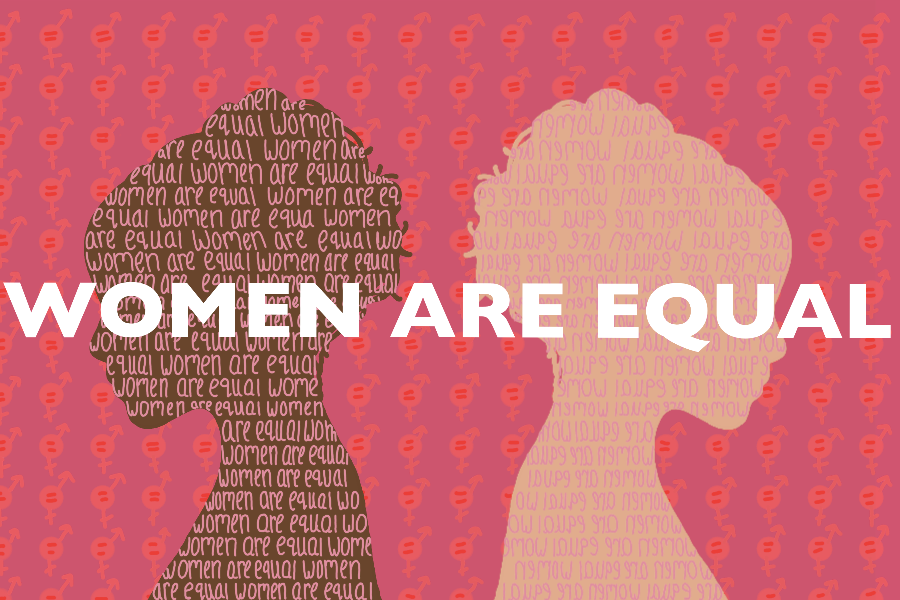 March celebrates Women’s History Month, which has special significance for many. Women involved in the Coppell High School community share what this month means to them as leaders of major clubs and organizations.

Hysterical. Vain. Frivolous. All are words more commonly used to describe women as opposed to men.

Centuries have passed since women began fighting for equality. In 1987, Congress declared March as Women’s History Month to honor the accomplishments and the fight that women undertake for their rights.

Women’s History Month and the use of social media has helped bring attention to the microaggressions and inequities that women continually experience in the workplace, many of which focus on the lack of female leaders in higher level positions.

“Many people assume that women cannot be strong leaders or have trouble communicating,” Coppell High School junior STOP. PERIOD club president Sreshta Byreddy said. “Women are perceived to be soft and not authoritative, and I feel as though this misconception has come from years of stereotyping women. [But this month] is a great way to honor all the women in our society and the struggles that women had to face before we could get to the position which we are at today.”

This time is used to reflect on the contributions made by female reformers who continuously helped to advance the position of women.

“In school, when we [learn about people’s past accomplishments], we usually discuss the accomplishments of men but not women,” CHS sophomore EcoClub vice president Roma Patel said. “It’s important to have a time when the successes of women are also brought to light and learned about so women can feel like they can and do make a difference.”

With the vast reach of social media, women around the world can join forces to help improve their status in their respective areas and it highlights the significance of this month for many people.

“[This month is] really great to celebrate all of the accomplishments that women have made through the past, how much we’ve overcome but also how much farther we need to go,” CHS sophomore Girls Coding Club president Waverly Hassman said. “I see all these posts on Instagram and social media of people reposting what other people posted and banding together as women. With social media, it’s so much easier to come together as a collective group and celebrate what we’ve done and look ahead in the future for what we need to do.”

As president, Hassman inspires members of the club to pursue a career in the STEM field, one predominantly occupied by men. She seeks to not only help the women in CHS pursue STEM careers, but she also works with the club to fundraise money to donate to organizations that provide assistance to women in the STEM field, including STEM for Her.

To honor this month, the CHS Library created lists with two different platforms, Destiny and MackinVIA, to share physical and digital books to tell the stories of the accomplishments of women. The library also created a display for some of these books for students to read.

Each Friday in March, the library shares a First Chapter Friday of books written by female authors who either participated in the North Texas Teen Book Festival and/or are on the 2021 TAYSHAS (Texas Library Association recommended reading list for high school students) list.

Female leaders play an essential role in helping “break the glass” for other women to be able to advance their positions. As we make strides towards creating more gender-inclusive workplaces by increasing the number of women in leadership and managerial positions, young women are empowered to reach for their full potential in the way that everyone else can.

CHS Principal Laura Springer, a prominent female leader in the community, urges young women to stand up for their belief systems, to be proud to be a woman and hopes that as a role model, she takes care of others and becomes a voice for everyone.

“It’s all about kids for me, and I want to show young women you can go be whatever you want to be,”  Springer said. “Don’t limit yourself because you’re a woman. You go in there and bust those walls down. [As a female leader], we have to show our young women to empower themselves. Prepare yourself because you are a woman. Realize you may have to fight harder for where you want to go because you are a woman, but in the end when you get there, you have just shown 10,000 other young women what they have to do to assume positions and help them get there.”