Watson reminiscing over teaching experience in China and Taiwan 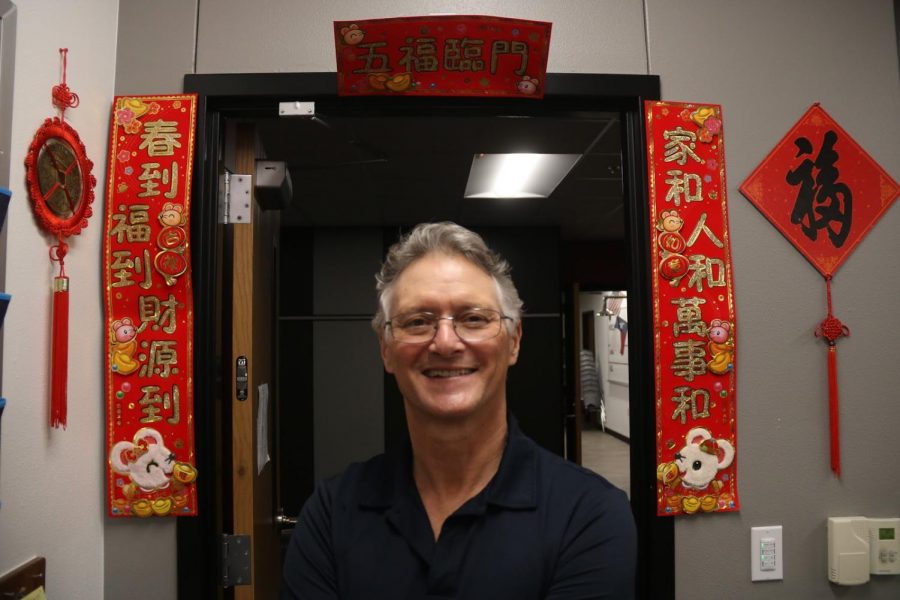 Coppell High School ESL facilitator Timothy Watson has taught English in China and Taiwan for 15 years. After facing challenges due to language and cultural barriers, Watson uses his experience as he teaches at CHS.

“My wife and I both had a real sense of adventure and desire to travel and see the world,” Watson said. “As English teachers, it gave us that ability to do that.”

Watson and his family moved to China in 1986 and were invited into Taiwan and stayed there for 12 years. During his time in China, Watson taught at the university level and taught research scientists. In Taiwan, Watson taught at private Chinese schools and international schools.

Not only did Watson and his family move to Asia for teaching, but they also moved to represent America in a positive manner, especially because of China and America’s past relations.

“The first city we lived in was closed to foreigners, except we had special permission, and we were followed everywhere we went, and I know our apartment was bugged,” said Robin Watson, world cultures teacher at Coppell Middle School East. “It was a very unique situation to be there. Because of the cultural revolution and history between America and Chinese relations, there was some negative feeling toward America. We were kind of hoping to help shift some of that. That was a goal, more than just teaching English.”

In China, many people had rarely seen foreigners before, especially a foreign woman and children.

“We would have crowds of people wherever we would go,” Mrs. Watson said. “If we went to the market, we would have people huddled around [or] if we tried to go to the zoo there would be people wanting to follow.”

Mr. Watson’s family also faced many traumatic events which, despite the stress they caused, still play a crucial role in their identity.

“My husband was there during the Tiananmen Square Massacre,” Mrs.Watson said. “He was in a different city, and he had to help teachers evacuate; it was quite traumatic. We were there during a terrible earthquake in Taiwan where whole cities were devastated and buildings pancaked, and we were delivering supplies to people in the mountain villages. A lot of stressful things [happened], but none of it would I trade with what we gained.”

From his teaching experiences, Mr. Watson noticed significant differences between the teaching styles and environments between schools in China and Taiwan and the United States. Because of the large class size in Taiwan, lectures were much more common in their teaching style which often prevented interaction between teachers and students.

“With learning English, it’s important to have a lot of talk time,” Watson said. “They need to speak it to learn it. Our class didn’t allow that much [interaction].”

Despite these differences, Watson did not find it difficult to get accustomed to the unique teaching style of Asian schools.

“Teaching is just so much fun when interacting with kids,” Watson said. “I never felt like it was hard or challenging; it’s joyful for me.”

Mr. Watson’s son, Titus Watson, also thinks his father’s experience in China and Taiwan enhanced not just his character but positively served the students he taught.

“It made him more successful and caring,” Titus said. “When my dad was there, it gave [students] the opportunity to study outside of Taiwan and further their education. By [Mr.Watson] teaching kids in Taiwan, it opened up a whole world of opportunities and jobs [for his students].”

Through his experiences, Mr. Watson has grown as a person by being exposed to a different culture, traditions and values.

“We don’t just have a limited view of the world,” Mr. Watson said. “It opened up my eyes that Texas culture is not the only one out there and that everyone is not like us. Me and my kids and wife feel richer having that experience.”