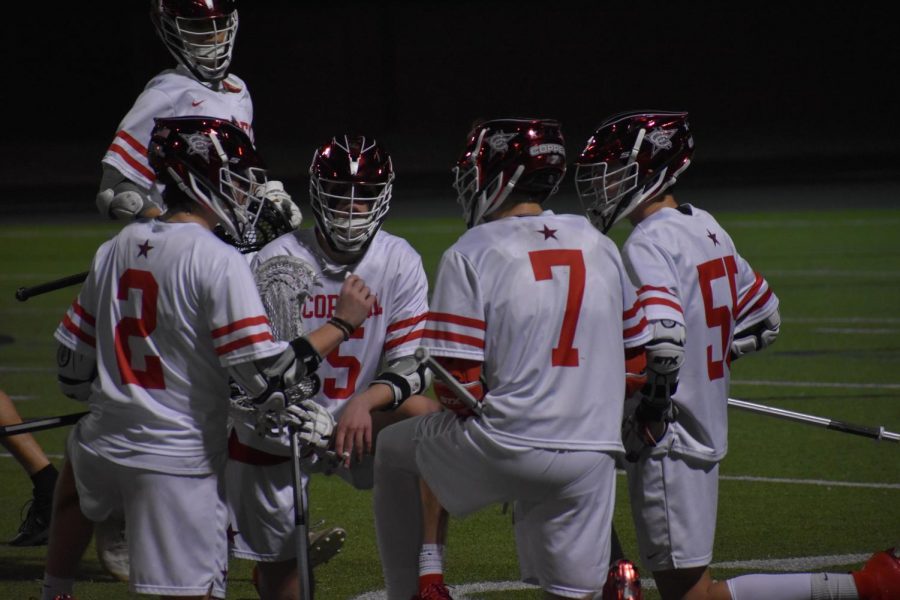 It was a meeting by chance for the Cowboys to host a national powerhouse so early on in the season. Coppell was supposed to be off resting and IMG National was set to play Dallas Jesuit.

But as fate would have it, Dallas Jesuit entered quarantine due to COVID-19 and IMG National was left without a game, leading IMG National coach Spencer Wright to call Coppell coach Matt Mueller asking him for a game.

Because IMG National traveled to Dallas to play opponents in the North Class A area such as Southlake and Highland Park, defeating both, as well as Dallas Jesuit, and Coppell needed strong competition early in the season, the two coaches agreed on playing.

“We picked [the IMG National game] up because we wanted the challenge and it’d be good for all of our younger guys to play against a team like [them] just because they are that powerhouse team,” Coppell senior midfielder Bain Carter said. “They’ll be the best team we play all year.”

“It’s going to be a lot of fun to just play a team full of Division I talent,” Coppell senior midfielder Andrew Sullivan said. “You always want to go into a game with the mindset of ‘we’re going to win the game’ but when you’re playing a team with [10] Division I lacrosse commits, you think ‘oh, we may not win this game’ but we are going to give it our all. Being on the same field with a team like that is really what I’m taking away from this game, just the experience. Being able to say that I got to play a team like that while I was in high school will be a fun story to tell when I’m older.”