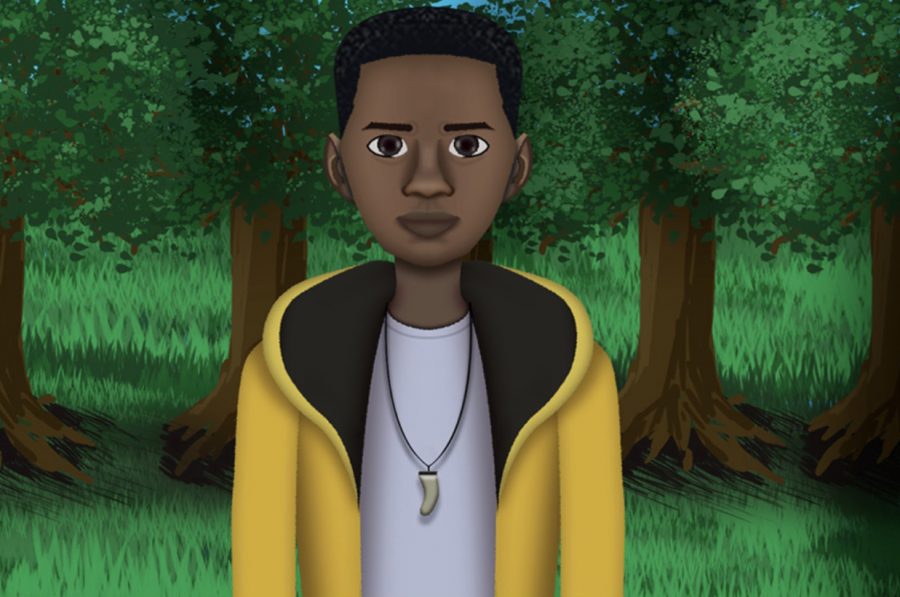 In the Netflix series Jurassic World: Camp Cretaceous, Darius Bowman and five other teens go from complete strangers to a team in order to survive the 2015 Isla Nublar incident. The Sidekick staff writer Yasemin Ragland thinks that it’s good to see Jurassic World from a different point of view.

Netflix, Universal Studios and DreamWorks Animation released the first season of the CGI-animated series Jurassic World: Camp Cretaceous on Sept. 18. Camp Cretaceous follows a group of six teenagers: Darius Bowman (Paul-Mikél Williams), a gamer and dinosaur expert who has dreamed of coming to Jurassic World with his father for years, Brooklynn (Jenna Ortega), a social media vlogger, Kenji Kon (Ryan Potter), a self-proclaimed VIP due to his father being a businessman at Jurassic World, Sammy Gutierrez (Raini Rodriguez), a boisterous friendly camper whose family supplies Jurassic World with their beef, Ben Pincus (Sean Giambrone), a sensitive, bookish, easily frightened camper whose mother is an employee at Jurassic World, and Yasmina “Yaz” Fadoula (Kausar Mohammed), an athletic and somewhat shy camper – all who won the once-in-a-lifetime experience at the state of art adventure camp on the other side of Isla Nublar.

Everything is going fine for the six campers until the Indominus Rex escapes her enclosure and wreaks havoc upon the park, leaving the kids to fend for themselves.

“Camp Cretaceous” is praised for its racially diverse cast and characters, especially with the protagonist being Black (most Black characters in the Jurassic Park franchise (minus Darius) are side characters and most of them are killed off by the dinosaurs). We also get to see the 2015 Jurassic World incident from a different point of view, and there are even a few references to the movies.

I have mixed feelings about the camp’s counselors, Dave (Glen Powell) and Roxie (Jameela Jamil). I like both of their personalities. Roxie is the protective, strict rule maker type, Dave is more of the fun/comidiac, laid back type of character. Dave is reluctant to leave “the very kids who seem determined to get trampled and/or eaten” when Roxie suggests they talk to their boss in person about a problem. Dave does not stand up to Roxie about leaving the kids back at camp, which he should have. They also left the campers unattended, causing them to look for them for a majority of the first season.

Another thing I like about “Camp Cretaceous” is how the campers all have different personalities and skill sets, which helps them in different situations. For example, in one of the earlier episodes, a gyrosphere containing Darius and Brooklynn gets stuck in a mud hole; Sammy, who is good with animals (as her family owns a ranch), uses her skill to calm a Sinoceratops down and using a vine, the Sinoceratops’ strength and a tree branch, pulls the gyrosphere out. Darius’ knowledge about dinosaurs also helps them get out of situations, like when a bunch of hungry Compsognathus (Compys for short) are attacking them.

Ben also befriends a baby Ankylosaurus, whom he names Bumpy. Bumpy follows the campers around most of the season, due to having imprinted on Ben, who is the first person she saw when she hatched.

There’s also two quotes that stick out to me. Darius gives the other kids a motivational speech and tells them, “We’re not giving up. I get it, it’s scary. This was not how it was supposed to be. Things aren’t always gonna go your way. Life is messy and sometimes things fall apart. But it’s okay because when that happens, we pick up the pieces and keep going. And we never give up.”

He also tells them, “We’re a team or we’re nothing at all.”

The kids’ ages have recently been revealed by DreamWorks Animation and Universal Studios. Kenji and Yaz are 15, Sammy and Ben are 14, Brooklynn is 13 and Darius is 12. Despite Darius being the youngest of the group, he becomes the leader and promises he will get everyone back home.

Even though “Camp Cretaceous” is aimed at a younger audience than the movies (all of which are PG-13), the kids are put in constant danger. I feel like it should be aimed at pre teens and early teens. Although “Camp Cretaceous” received mixed reactions, season one’s ending is shocking and leaves an unforeseen consequence for “Jurassic World: Fallen Kingdom’s” plot. I myself give it an A. With season two having just been released on Jan. 22, we will find out what happens next.