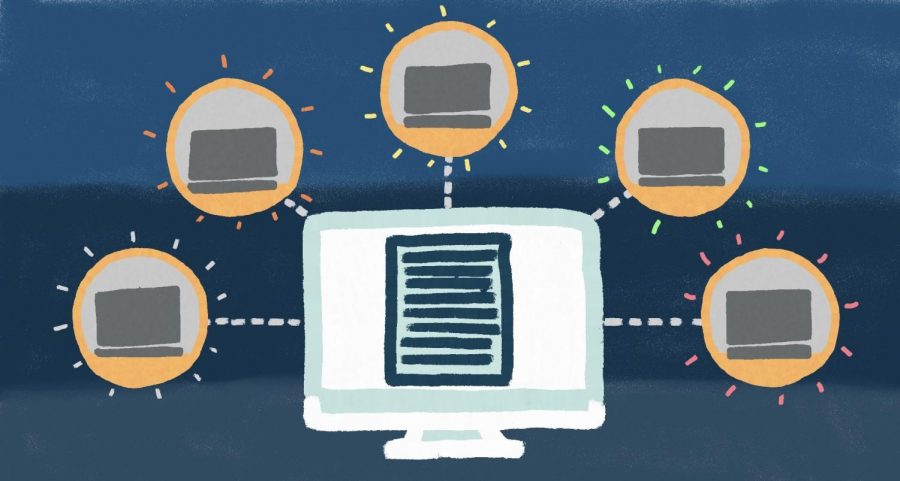 The Business Professionals of America Regional competition was held over the WebEx conferencing service on Jan. 23. Every student participating competes in an individual and group event, all of which are virtual.

Typically, BPA competitions are accompanied by hums of excitement and competition. This year, however, they were replaced by the whir of a computer.

Members had their regional competition on Jan. 23. Every participating student from Coppell High School competed in at least two events: one individual and one group event. This year, due to the pandemic, the competition was held virtually over the WebEx conferencing service.

“It was handled really well,” CHS senior BPA officer Vrishank Viswanath said. “They conveyed all the information that we needed in a timely manner and overall, I think it was a fairly smooth experience.”

The competition usually lasts for an entire Saturday, but this time, it was only as long as a person’s events.

“It was way better this year,” CHS senior BPA member Mili Patel said. “Whenever we do it in person, it’s really disorganized because everybody goes to their event at the wrong time or they don’t know where to go. It was a lot easier [to compete virtually] because you’re there at the right time.”

Others think the efficiency replaced a sense of camaraderie and competition experienced at previous events.

“It’s overall probably more enjoyable to see people and socialize,” CHS BPA advisor Megan Mackin said. “And I think that’s how our students think of the competitions. They have a lot of fun like getting to see everybody and I missed that for them.”

In spite of the virtual setting, most of the CHS students who participated are advancing to the state level.

“We did well, I think almost everyone from our school advanced,” Viswanath said. “Everyone got within the top three spots, so they were able to advance to the state competition.”

The state competition scheduled for March 2-6 is also going to be a virtual event.

“I don’t really have any regrets [about one of my last competitions being virtual],” Patel said. “At least I got to experience the state and the regional beforehand. If it was virtual all three years then maybe it would have been different, but because I already got that experience, [it’s not as bad]. And there’s an opportunity for nationals, if we make it, that’s not virtual.”